In 1940, a twenty-five year old Welshman was imprisoned at a tribunal in Aberystwyth to three months of hard labor for his stance as a conscientious objector. His name was Merfyn Turner. Although the majority of conscientious objectors in World War II agreed to do any non-combatant work, Merfyn Turner ‘refused to accept any orders from the court, on grounds of conscience.’ According to his friend Tilsli, he argued his own case in a ‘determined and intransigent’ manner, quoting the words of Luther “Here I stand: I can do no other.” His close friend, Dyfnallt Morgan, also appeared before a tribunal in Aberystwyth in 1940, and decided to join one of the Peace Pledge Union Service Units in Wales. In this article, I will be mentioning the contrasting experiences of two friends as conscientious objectors, one in Swansea prison and the other as far overseas as rural China

prisoner for the first time on the way to school when he was ten years old. Unfortunately, this man had been marched in handcuffs through the main street of the town to the magistrates’ court. Turner went through the same degrading experience in Aberystwyth: ‘That my offence was only a matter of refusing to join the Forces…did nothing to lessen the pain of public parade.’ After arriving at the prison on a cold, wintry night, he was further degraded by being ordered to undress, stand naked on the slate floor and wash himself. After wearing his prison uniform, he was marched to stand with other new inmates and to await an examination from the doctor. He was in a state of deep emotional shock for the first two weeks. He was smoking heavily before arriving, but lost his bad taste for tobacco completely. The bad taste returned as he became accustomed to the prison rules and conditions; some harsh ones, which he often broke by smoking more than the ration permitted by the prison authorities. He learned quickly that breaking such red tape was the only way to get his fellow inmates to accept him anyway

Turner listed the harmful and destructive effects of prison in light of his personal experience; physical discomfort by having to sleep in a cold cell, with hardly anything to cover him in bed; constant cravings for food; above all, psychological damage not only by 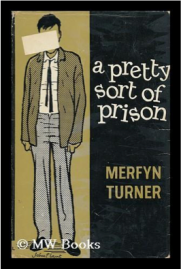 subjugating the prisoner but also by controlling his external life So he was forced to rely entirely on the authorities to supply his needs. Such conditions and the strict control forced prisoners to revert to their childhood, in his opinion. Officially, the prisoners were not allowed to even talk to each other or to seek help from officials. He had to learn all of the daily routines of prison by watching his fellow inmates and following their example. He gives a powerful description of the thoroughly cold and comfortless environment of the prison: “There is something fiendish and sadistic about its internal design, with its contradictory sensations of impenetrability and constant exposure. Everything is strong, yet affords no cover….”

Why was he a pacifist:

“This book was born in prison. It deals with men in prison but its concern is what happens to them when they come out”

His background as the son of a Wesleyan minister was largely responsible for Merfyn Turner’s pacifism, and his faith in the capacity of humans for good if the right social conditions are created for them to blossom. Not a naive or dreamy faith in ‘human nature’, but a practical, humane faith that there is possibly an alternative way of organising society, that was not dependent on militarisation and imprisonment. He saw that prison is part of the same authoritarian social mechanism as the army and public schools, and that it is impossible to build a more peaceful and civilised society while such Victorian institutions still stand.

He was a man of empathy and unusual compassion, who learned through his own personal experience that poverty and social inequality were largely responsible for the crimes of most prisoners. He spent the rest of his life from 1940 until his death in 1991 undertaking innovative and experimental social work, mainly with former prisoners. Unconditional love was the basis of his work, as was his pacifism, which embraced each individual as part of the same creation and the same life whatever their failings or wrongdoing. In 1955, he founded the first refuge in Britain for men who had recently left prison. The pioneering example of Norman House was followed in tens of similar houses across Britain.

Turner and Dyfnallt Morgan came to know each other as students in Aberystwyth in 1935. In his memoirs of the period, Dyfnallt emphasises that it was not an easy decision for young men to refuse the call to war when it came in 1939. He describes the heated atmosphere in Aberystwyth the following summer and the opposition that young pacifists

faced from College staff and townspeople ‘I saw a middle-aged respectable member of the College Staff (who by the way was also an assistant preacher)’ he said, ‘hitting a pacifist student across the face outside the college for trying to sell copies of Peace News’. His heroes – like many other young Welshmen of this period – were ‘people like Gandhi and Schweitzer’ (Schweitzer gave a lecture at Aberystwyth in 1935), and he became aware of the tenets of George M. Ll. Davies through the work of the great pacifists with the Quakers in the area where he was brought up in Dowlais. Another major influence on young Welsh pacifists of this period was T. E. Nicholas, who was wrongfully imprisoned, along with his son Islwyn, in 1940 due to a dislike of the Chief Constable in Aberystwyth towards him and his revolutionary beliefs. Two members of the town’s police came all the way to the reforestation camp near the village of Halfway in Carmarthenshire – where Dyfnallt started working on the orders of the tribunal that summer – to try to get information from him about Niclas y Glais, but the constables returned to the station empty handed

Gwynfor Evans organised branches of the Christian Pacifist Forestry and Land Units in Wales, and young conscientious objectors like Dyfnallt became accustomed to hard, exhausting physical work whilst labouring in them. He used to get up at 5.30am in order to arrive at Crychan forest by 7:00am in the summer (8:15am) in the winter, and he would work unitl 5.30pm with a break of only 45 minutes: ‘I soon threw myself eagerly into all aspects of the work’ said Dyfnallt, ‘planting trees, weeding, digging ditches, clearing glades, and making bonfires of large piles of twigs.’ After working for more than a year in the forest, he moved to work with other conscientious volunteers as an orderly in a surgical ward in Queen Elizabeth Hospital, Birmingham.

In 1944, he decided to join the Friends Ambulance Unit (FAU), as one of its training camps was nearby. The history of the Unit was chronicled by another member who was a Welsh speaker, Arfor Tegla Davies (the son of E. Tegla Davies). In his interesting book, he notes that over a thousand pacifists worked for the Unit during the Second World War on three continents. Dyfnallt started on his work for the unit in a refugee camp in the south of Italy and later in Austria. The war in Europe had just finished and the camp was full to the brim with refugees from many nations. Dyfnallt’s role in the camp in Klagenfurt was receiving and distributing goods of all kinds. With his special talent as a linguist and his natural charm, he developed a good relationship with the Russians who were responsible for transporting goods across the border from Hungary. Another sign of his noble and kind character was his decision not to return to Wales at the end of the war, because he didn’t’ want to compete for jobs with veterans.

He travelled to China with the Ambulance Unit in 1946, where the civil war between the Communist forces of Mao Tse Tung and the Chiang Kai-shek nationalists had recently began. He worked in the province of Honan, near the Yellow River – the border between the two enemies – as around five million people had returned t

here after fleeing from the Japanese forces. Most of his work involved helping to transport goods and equipment along the railways and assist returnees to re-settle in Honan. In the

summer of 1946, he had direct experience of the guerrilla war in China when a train to Honan on which he was carrying goods, was forced to end its journey after a group of Communists destroyed sections of the railway. He was confronted by the dire poverty in China during this time as cholera and other infections swept through the rural areas. But he experienced the kindness and generosity of the common people there also, before having to return to Britain in 1948 after having malaria and tuberculosis itself.

So this is the end of the story of two young Welshmen in the Second World War who made the difficult and courageous decision to refuse to join the fighting. Their contrasting stories demonstrate the diversity and rich experiences of conscientious objectors during the conflict, and the lasting impact that those experiences had on their lives. Merfyn Turner pledged to work with prisoners and former prisoners of war from the end of the war onwards, and Dyfnallt Morgan made various and important contributions to the Welsh culture as a poet, literary critic and a pacifist of conviction until the end of his life. It is appropriate to conclude with the powerful closing lines of his poem ‘Y Milwr Gwyn’ about a memorial to the Great War in Llanddewi Brefi – a village very close to his heart – that he wrote in 1939 on the eve of another horrific war:

(‘And I believe an age will come

Of a kinder disposition and gentler temperament,

This side of the grave.

We will see peace rule over the world

The iron bars torn down

Happy the blessed soldiers then

Turned to face the dawn.’) 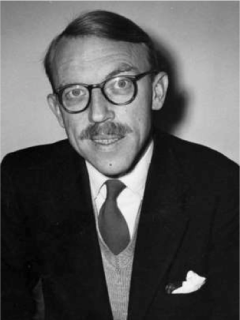